The Human Behavior Laboratory is dedicated to theoretical and methodological development concerning the spatio-temporal organization of human behavior and interactions. The focus is on the development and testing of mathematical pattern types for the description and analysis of behavior as a complex process that takes place in real-time and space. A series of related patterns have already been defined and are now called the t-language or the t-system.

Special software, Theme, has been developed for the testing of the t-system and for its research application.The Theme software frequently detects complex hidden patterns that are missed by other available methods and software. The focus is mainly on human behavior but behavior of other animals is also considered because of the important perspective it often provides on the human case. 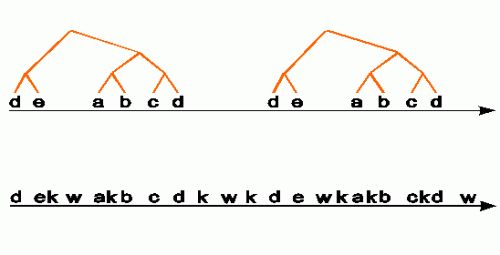 2017 - HBL has been working with PatternVision on the development and testing of Theme since 2001. Recently PatternVision announce the release of Theme 6.0 and ThemeEdu, available for download from www.patternvision.com. Theme 6.0 and ThemeEdu are available as 32b and 64b. Theme 6.0 has a software key protection but ThemeEdu can be downloaded at will and run un any number of PC. On the webpage, you can also download a beta version of the Theme 6.0 manual.

Discovering Hidden Temporal Patterns in Behavior and Interaction: T-Pattern Detection and Analysis with THEME™ (2016). Editors: Magnusson, Magnus S., Burgoon, Judee K., Casarrubea, Maurizio. Each chapter describes a different research application of T-Pattern Detection and Analysis with THEME. Includes contributions from members of the Methodology for the Analysis of Social Interaction research network and from researchers outside this network.

MASI stands for Research Group on Methodology for the Analysis of Social Interaction. The group was founded in 1995 and the activities have been summarized in the book ‘The Hidden Structure of Interaction’ edited by Anolli et al, 2005. In the view of the MASI group social interaction is something very generic. It is not confined to traditional psychology or ethology. Its principles apply to vastly different areas like linguistics, media sciences, facial expression studies, and electrophysiology of neural tissues.

The Tenth Meeting of the MASI Research Group on Methodology for the Analysis of Social Interaction took place ath the University of Lleida, Spain, September 13-15th 2018. The abstracts can be downloaded from here and the agenda from here. For further information about the 2016 meeting in Germany visit the 2016 MASI meeting’s website. Book of Abstracts 2016 can be downloaded from here.